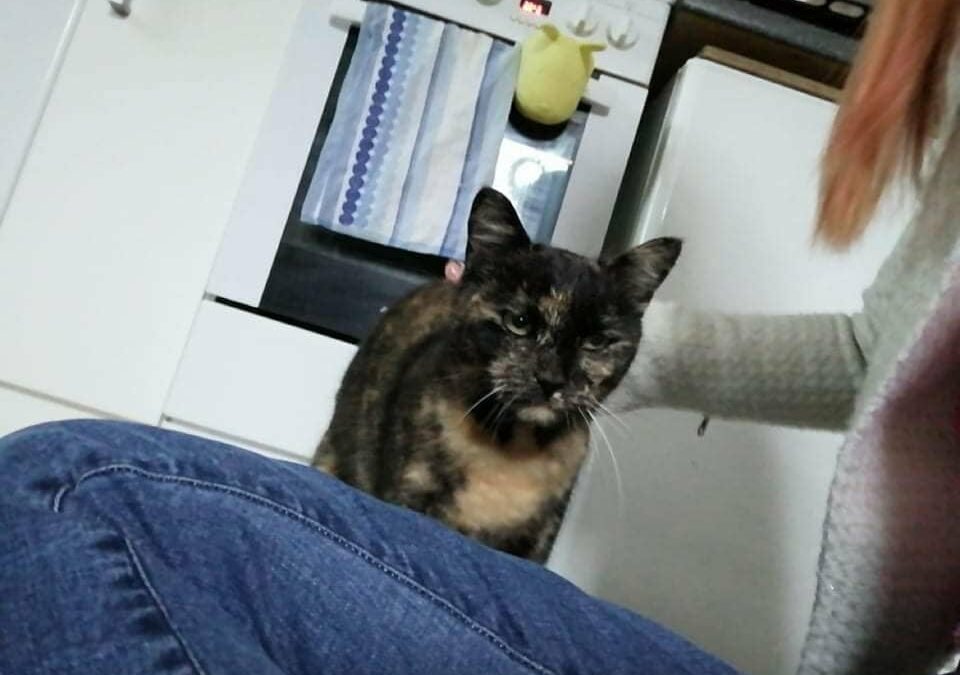 Sofie lost her home after 8 long years. Why? Because she scratched a dog. The family brought home a new puppy who was much larger than her and allowed them to interact without precautions. Sofie was scared and defended herself. 💔
Subsequently, Sofie was brought to the vet to be killed. 💔 Veterinarian Mariana was told the story of an “aggressive cat that attacked” as the reason for the euthanasia request. Mariana met Sofie, and realized she was not aggressive at all. She convinced the owner to surrender Sofie to the vet clinic instead, and they would find her a new home.
Now this girl is Jaq´s bed room buddy. She got officially adopted by her and will never have to worry about a euthanasia request again – she is safe and at home now ❤️❤️❤️