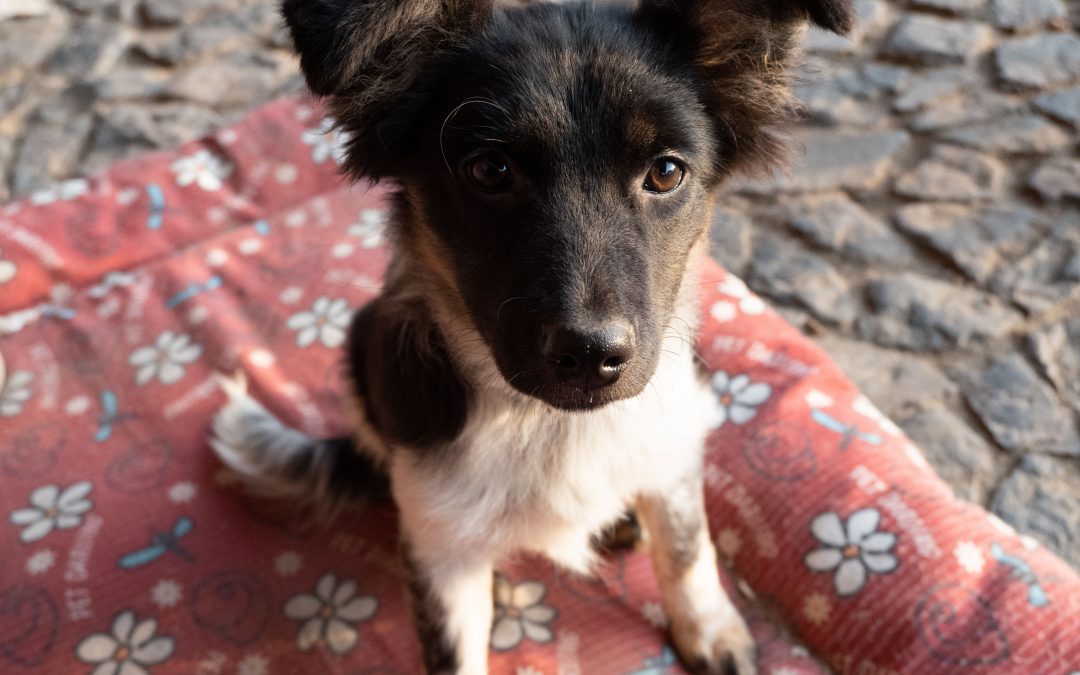 Happy Tails to Oreo who found her forever family with Adam, Natasha and Adam Jr
Oreo caused quite a stir here with over 300 people asking if they could adopt her! We knew Oreo was cute but we really didn’t expect so many people wanting to come and see her. We are all volunteers, with limited time and it was quite overwhelming.
Adam and Natasha came to see Truffle. They saw how close Truffle and Oreo were and went away to decide whether they would take Truffle or both of them together. Then, an hour or two later, another couple arrived who had the exact same thoughts. They ended up taking Truffle and Oreo. Meanwhile, Adam and Natasha contacted us to say they thought Oreo would be a better fit. But Oreo had already gone
Forward two weeks and Adam and Natasha asked to come to bring some donations of food and supplies. We then got an email from the other couple to say that the two pups were not so good together after all.
We arranged for Oreo to be returned while Adam and Natasha were here and ….. well, everything happens for a reason and fate played a huge part
Even as I was typing this post, Adam messaged me to say that everything is going great with Oreo. She loves the garden, is well behaved and is very gentle to Adam Jr.
It really was destiny