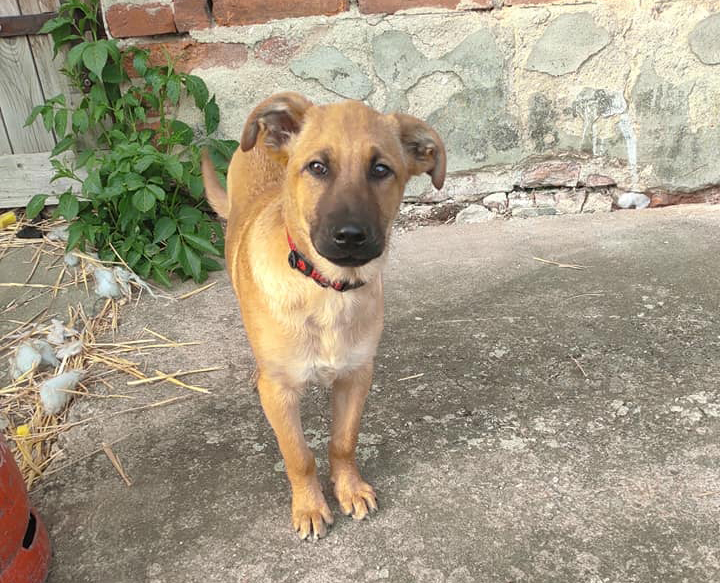 Tai, a 4 months old puppy, who made his way to us and before we could blink he had found his forever humans 💞
Tai had only been here a few days when Anca and her partner visited to meet Buster. Buster at that time just went and laid on his bed and it was clear that he wasn’t the dog for them. Then I let the pups out 😂 They immediately set their hearts on Tai and a couple of weeks later, he went home 🥰

Sometimes we feel like we are always asking for help and we have to say that the Psí přání projects are invaluable to us 🙏
Food for the dogs and the bigger projects where we ask for help with things we wouldn’t normally purchase or are beyond our financial capability.
This project is to enable us to test each dog on arrival for Heartworm, a parasite that we hadn’t considered testing for in the past as until the dogs from Centaurus came, we only ever had one case, Siouxsie Sioux.
Siouxsie went on to have the complete treatment and is now 100% heartworm free. Thanks to you!! Without your help we would not have been able to treat her 🙏
Please consider donating to this project so we can keep our critters safe 🥰