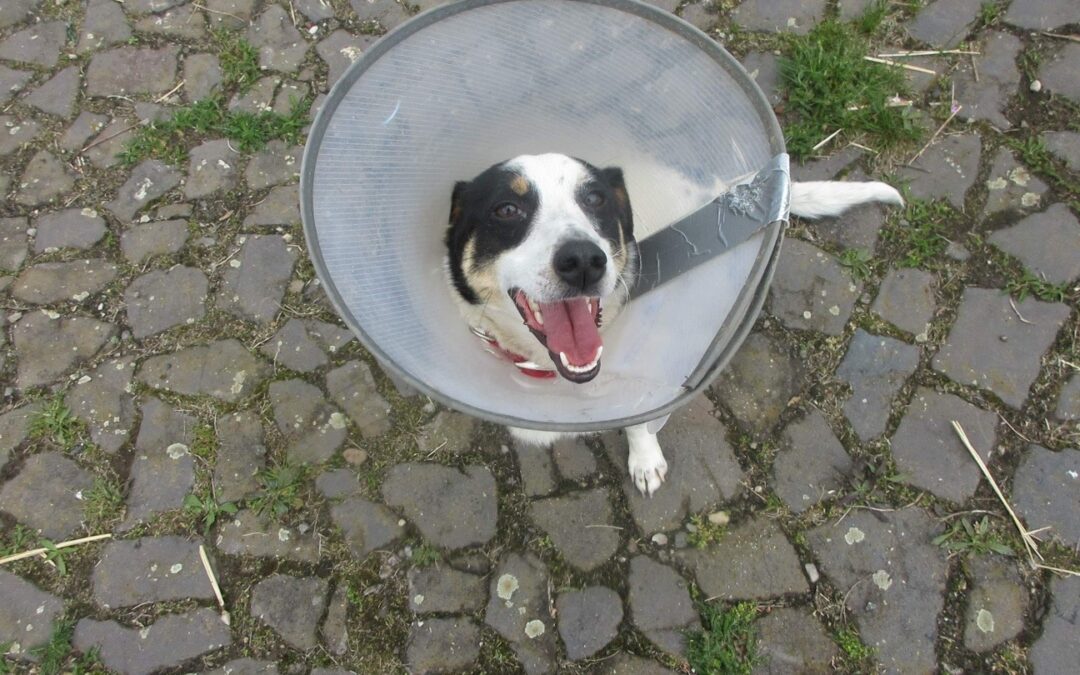 Meet Bingo 😍
Bingo has only been here for a few weeks and already and has already caused a bit of a stir, hence the cone 😂
Bingo’s manhood decided to pop out and not retract so the poor boy had to have a couple of stitches to keep in in place, ouch! But, he was brave and we hope that things will soon return to normal 💕
Sorry to any guys reading this 😂 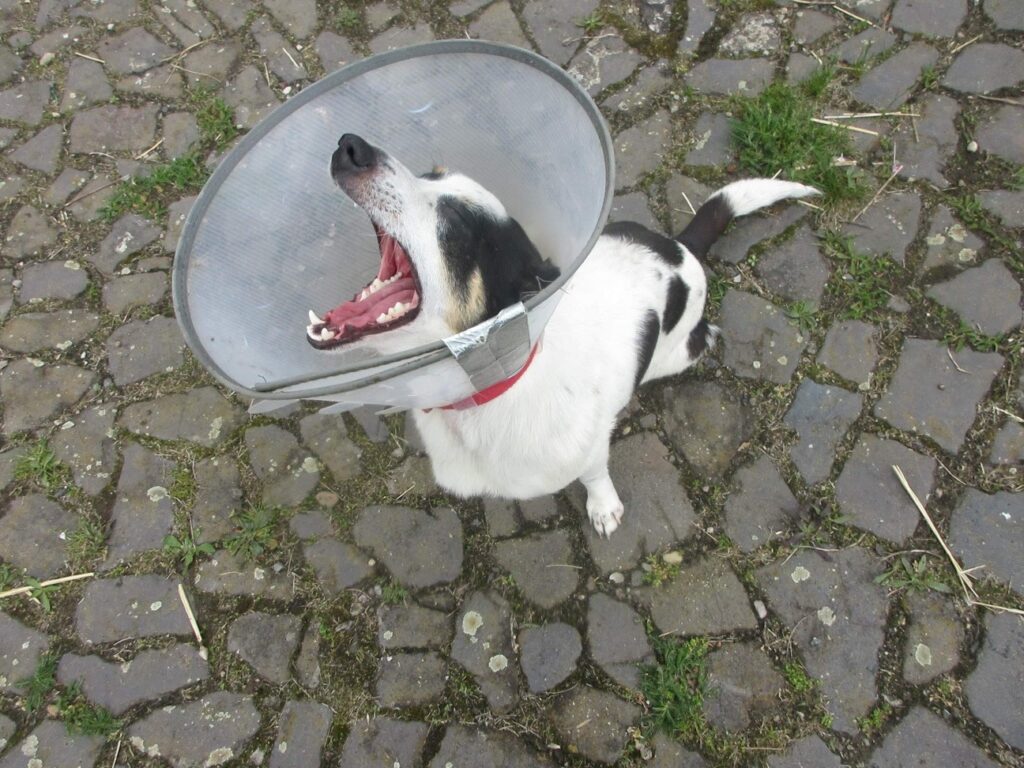 Poor Bingo had a trip to the vet today to have a couple more stitches to keep his penis in 😢 Next week he will undergo surgery to hopefully solve his problem for good 🙏 We have quite an expensive week for vet bills so would be grateful for help 💖
Bingo is such a happy go lucky little fella and charms everyone who meets him. He may even have found his forever home, watch this space 💕
Photo by Daisy Kosmider 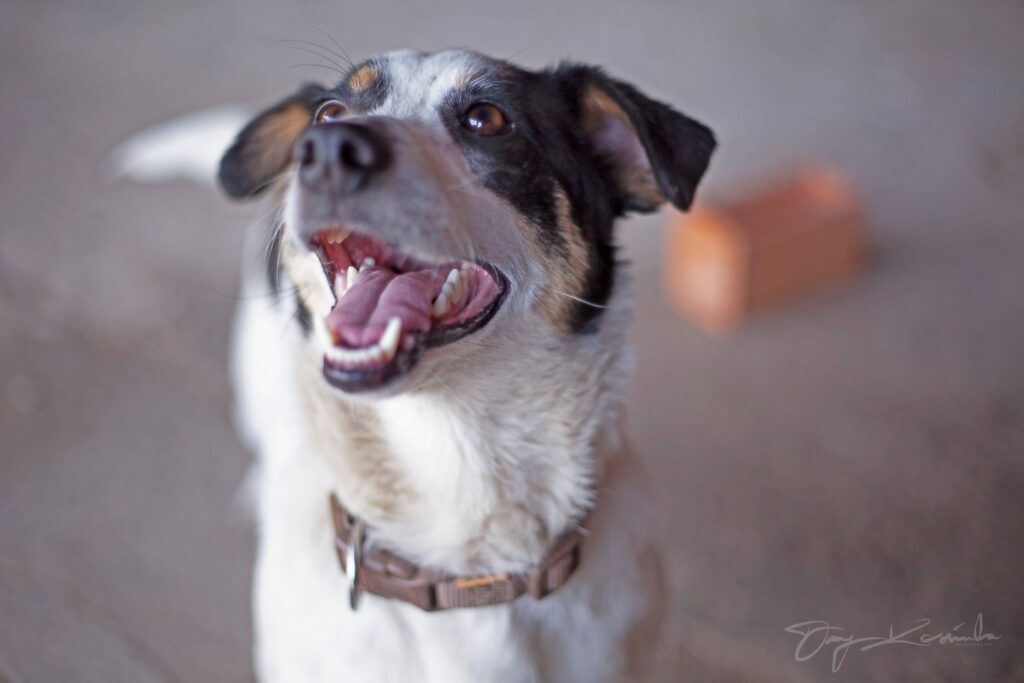 Bingo has his penis operation last week and we are pleased to say all went well 💕🐾💕
The vets first idea was to give him a penis reduction but he decided instead to make a less invasive surgery. The foreskin has been lengthened by stitching the skin to the abdomen.
I love telling guys about Bingos peeper problems 😂 The looks on their faces 😂
The first photo is Bingo hiding under a chair before he went for surgery 😉 And the second photo is the King Cone Destroyer 😜 We are on cone number four 😂
Bingos surgery was 5600 czk and we would be very grateful for any help to pay this invoice 💕 We have so many sick critters right now and our vet bills are enormous. Thank you from the bottom of our hearts 💕 We can’t do what we do without your support 💖 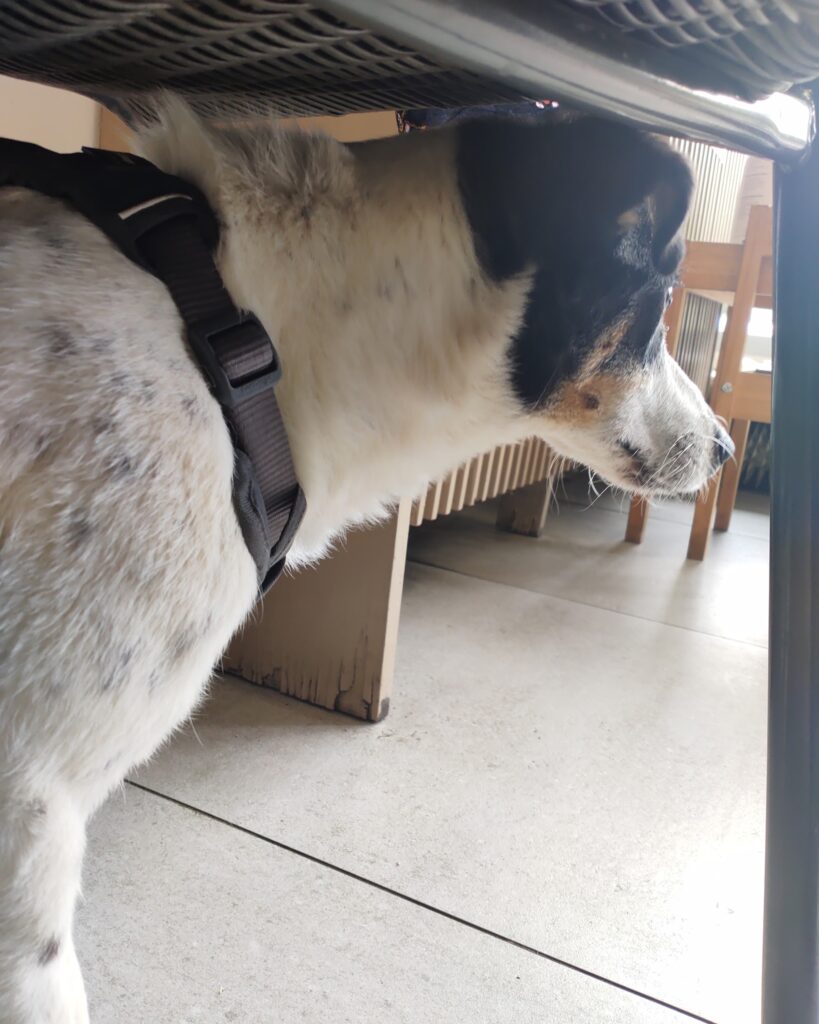 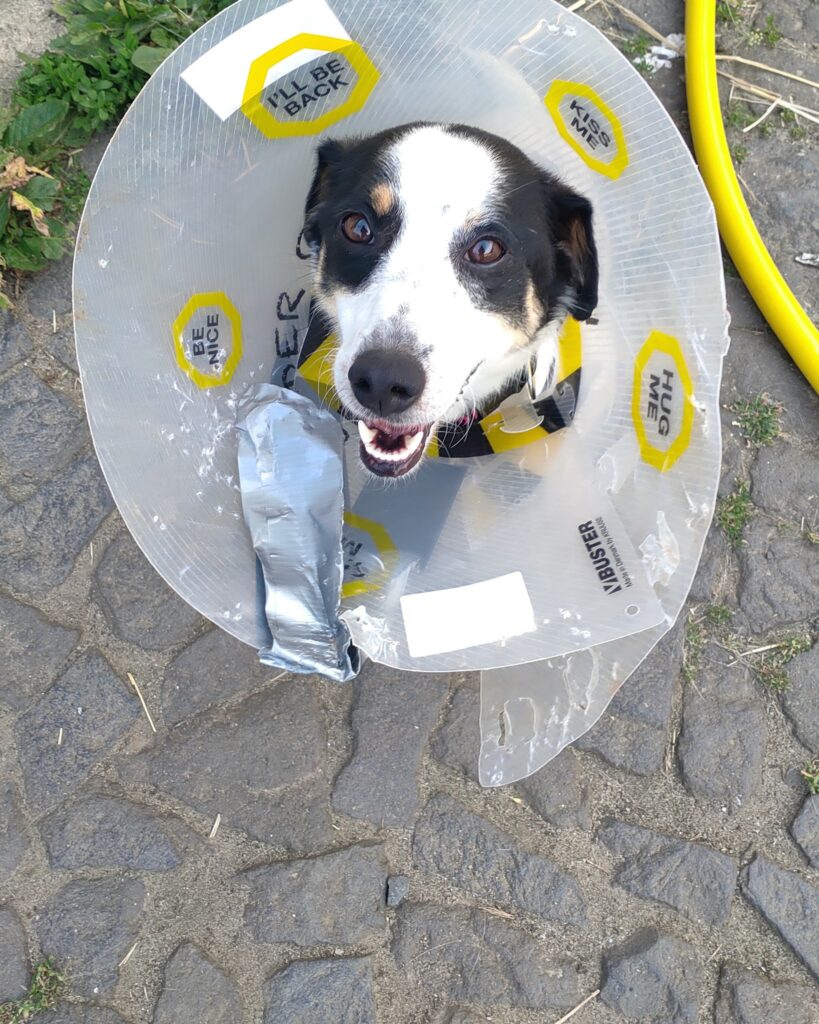 Happy Tails to Bingo who is now named Coco 🐾💖🐾
As you may recall Bingo was quite infamous for his penis problems. Poor boy 🙁 Nevertheless, his new owners fell in love with him and he went to foster with them after his first operation. Sadly, the first operation wasn’t successful and he had to have a second one which involved reducing the size of his prized possession.
His new family decided to adopt him 💖 And they also donated for the second surgery 🥰 Thank you so much ❤️
Coco is now recovered and loving his new home. Have a wonderful life sweet boy 💓 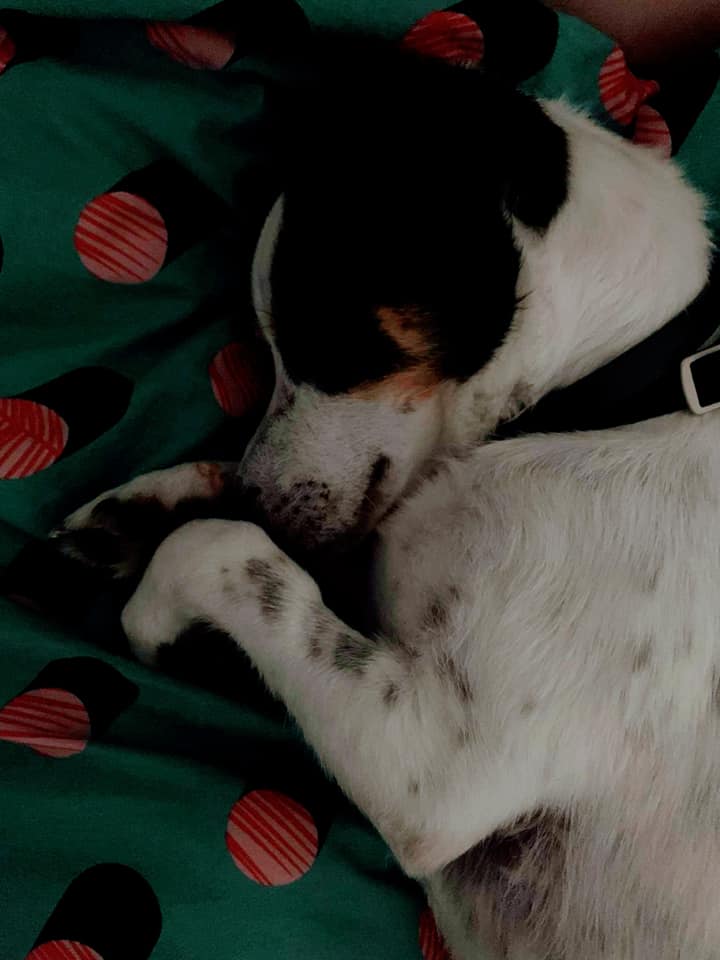