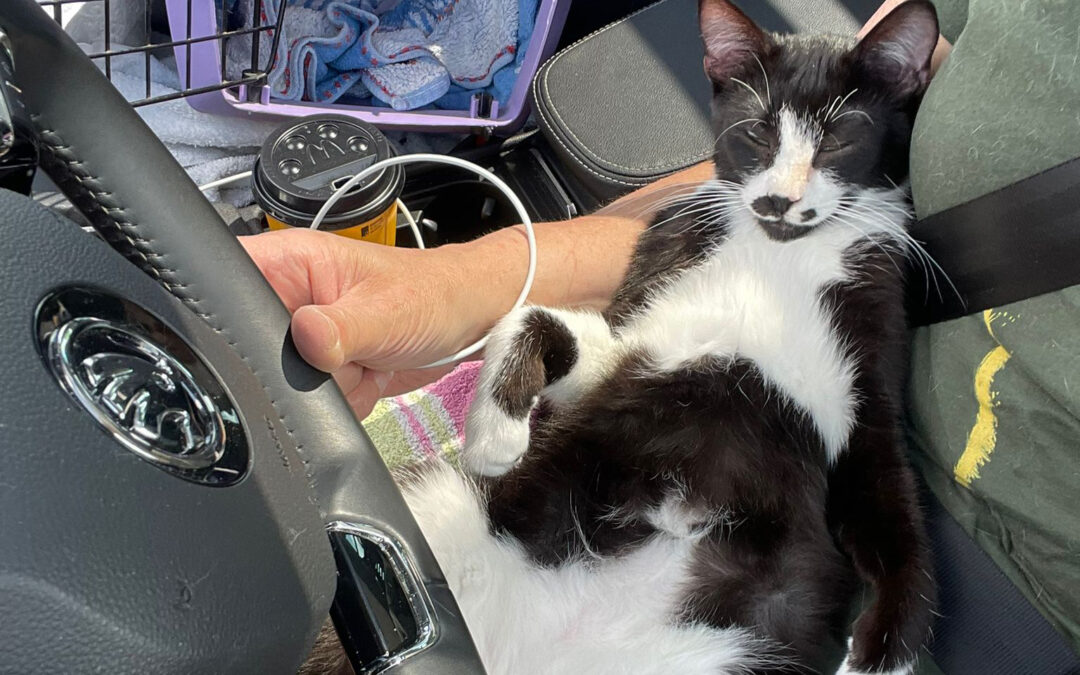 Not the Happy Tails you would expect for Casper…
Not all stories have a happy ending in life. Casper was also saved by Susa and this dear little tomcat was such a cheerful boy. We have rarely met such a friendly and people-oriented cat, he was absolutely wonderful❤️❤️
For a long time poor Casper had to stay in quarantine with us in a cage because he was FIV positive. It was next to impossible to find a home for him, but Susa found him a great place in Germany in an FIV community, which is actually an animal shelter, but feels like a real home for these cats. As you can see from the pictures, he always wanted to be very close to his people even on his journey to happiness to Germany😍 Casper felt very comfortable there, but after a while he kept getting problems with his teeth, one inflammation after another afflicted him and finally he even had to have an operation. A veterinary assistant fell in love with him and he was even allowed to move into her home. Finally finding happiness came the next bad news, Casper tested positive for FIP and was diagnosed with liver failure. Unfortunately Casper had to be euthanized but was allowed to fall asleep in the presence of his veterinary assistant🖤🥹
It’s not quite the Happy Tail you’d expect, but it’s a story that shows how much can be achieved with a little effort. Through the dedication of people who care about the welfare of an animal, a little fellow like Casper was allowed to embark on his final journey in the arms of his loved one🖤
Casper was buried lovingly and with dignity by Susa!
Thank you for everything Susa Breyer we all tried our best to save this little guy.