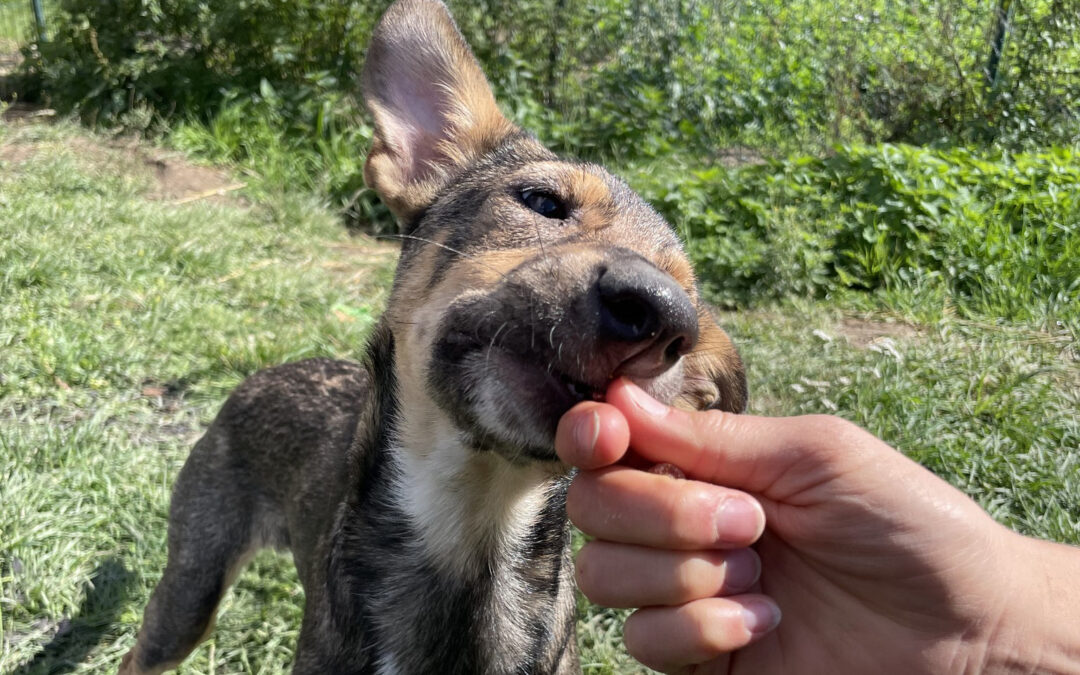 SHERRY is looking for her forever home!!
Sherry, female, 4 months old, mixed breed, expected to be medium medium size once adult. She is vaccinated, dewormed, anti parasite treated and microchipped. Not castrated, she is too young.
Sherry is little whirlwind that has lots of love to give🥰 She absolutely adores people and is always looking for someone´s attention. Sherry would be great around children to have someone to cause lots of mischief together. She is great with other dogs and very playful💖 We believe that she will be fine in the city and on the countryside. As Sherry is still a puppy she needs to learn everything from scratch. She is not house or leash trained yet.🐾
When Sherry came to us she had ‘Demodex’ which is the most common form of mange in dogs. We took her to a dermatologist and she cured the problem immediately. All that’s left are a few tiny bald patches on her head. But don’t worry, the fur will grow back. Sherry is now perfectly healthy and ready to move into a new home.❤
If you can imagine being the right match for Sherry, then hurry up and contact us!! ❤🐾🥰
The conditions of adoption are signing an adoption contract, which includes agreement to castrate in adulthood and pay an adoption donation.
Message us on facebook and complete an adoption application https://forms.gle/kg855WvLQTwZXPX4A
You will also need to schedule an appointment with us for visiting. Thank you for your understanding.

Happy Tails to Sherry who found her forever home with Marcela🐾❤️🐾
Initially, Marcela visited us to meet Kira. During the meeting, however, Marcela realized that Kira wouldn’t quite fit into her life after all. Without hesitation, Sherry jumped at the chance to charm Marcela in the hope that she would be allowed to go home with her. Marcela was a bit worried at first about how big Sherry would get when she grew up, but in the end, Sherry was able to convince Marcela that she was the right dog for her. Now Marcela is very happy with her choice. Sherry fits right in and makes herself at home. Though she plays a little too rough at times all the other dogs in the family like Sherry as well. Marcela is simply saying: “Sherry je miláček”.🐾
Have a wonderful life sweet girl❤️ 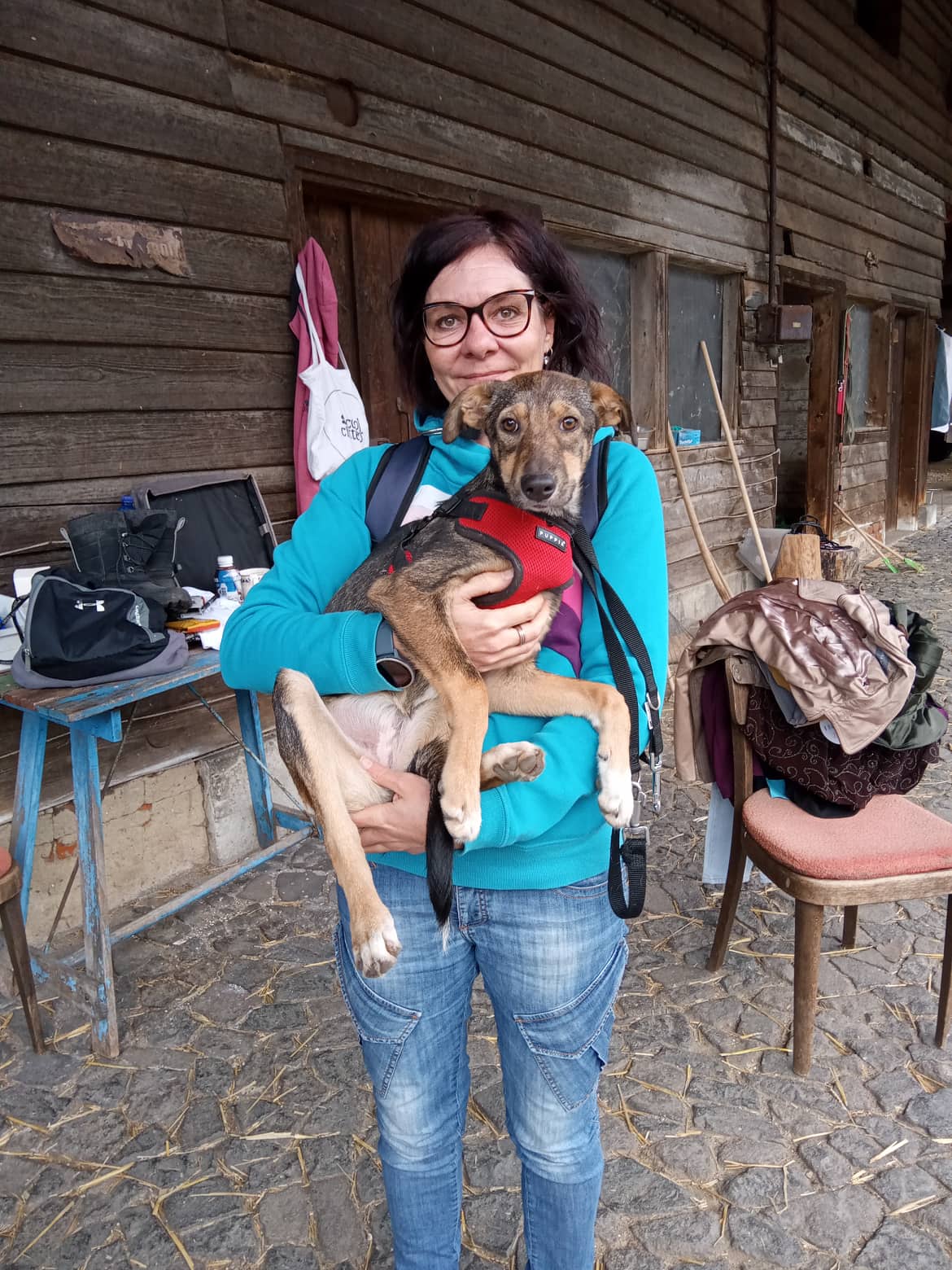