Sofie lost her home after 8 long years. Why? Because she scratched a dog. The family brought home a new puppy who was much larger than her and allowed them to interact without precautions. Sofie was scared and defended herself. 💔
Subsequently, Sofie was brought to the vet to be killed. 💔 Veterinarian Mariana was told the story of an “aggressive cat that attacked” as the reason for the euthanasia request. Mariana met Sofie, and realized she was not aggressive at all. She convinced the owner to surrender Sofie to the vet clinic instead, and they would find her a new home.
Now this girl is Jaq´s bed room buddy. She got officially adopted by her and will never have to worry about a euthanasia request again – she is safe and at home now ❤️❤️❤️

A ‘Permanent Resident’ of Cool Critters normally means that for various reasons they spend the rest of their life with us 🥰 And Jaq always has her bedroom cat, which is normally a cat that cannot be adopted for health reasons or because they are too old.
For almost a year and a half Sofinka was Jaq’s bedroom buddy. They had their routine and Sofinka and Jaq loved each other deeply. Sofinka would sleep under the covers during the colder months and on Jaq’s shoulder during the summer. Sofinka was an amazing cat that Jaq saved from euthanasia at the age of eight.

Back in August we were contacted by an older lady that wanted an older cat, a cuddly cat, a companion. Kitty in the kitchen fitted the bill but she is, to say the least, chatty 😹 Khazar is older but he’s quite shy. So, Jaq decided to give Sofinka the chance of a full time human, something she was unable to give to Sofinka.
Sofinka is very happy in her new home, sleeps under the covers with Jarmila and has a human to call her own. Permanent Resident to Adopted 🥰🥰🥰
Have a wonderful life sweet Sofinka ❤️ 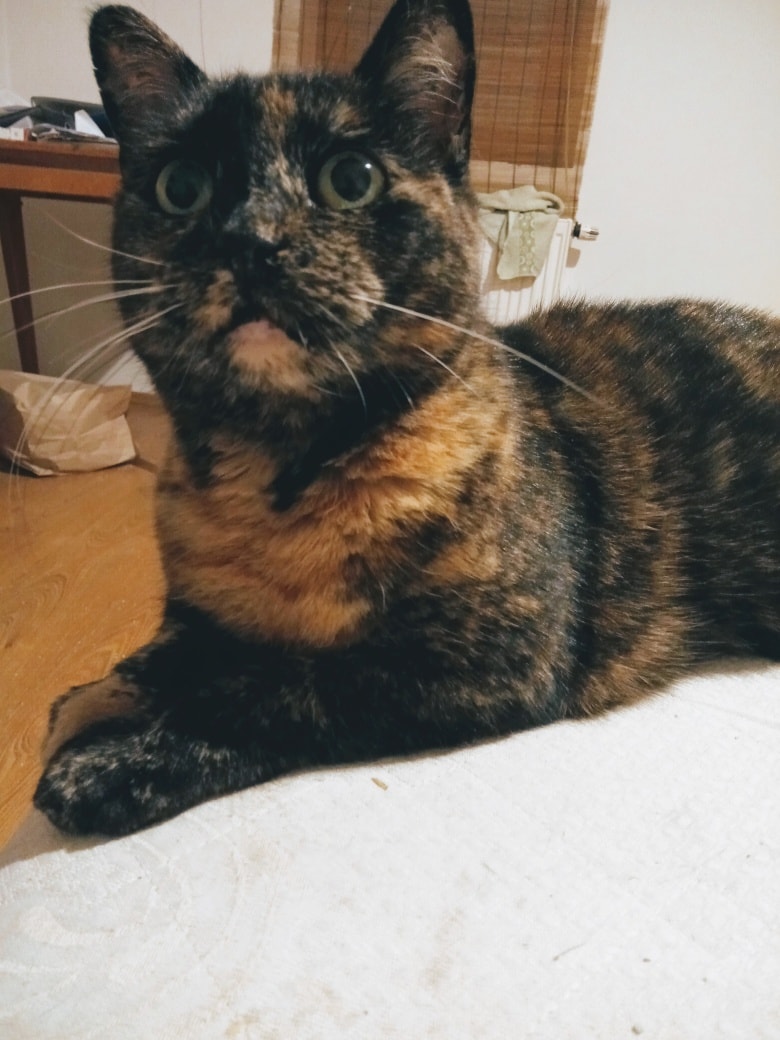