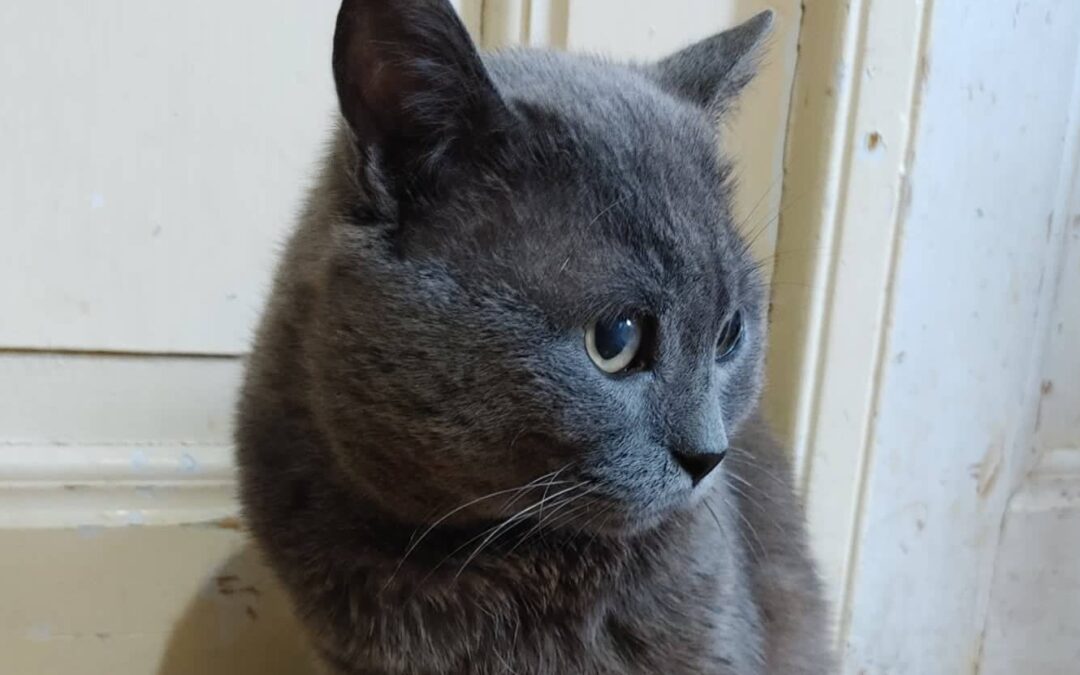 🐾😻BLU is looking for his forever home!!

Meet Blu male, 2.5 years, Russian Blue mix, he is microchipped, castrated and vaccinated.
He is a calm and very gentle boy. Blu loves people a lot, he loves to cuddle and does not stop purring 😽 He is ok with other calm cats, but here at our place he gets bullied by the boys and Blue is so sad about it, that he only sits in the corner. So we are dearly looking for a good home for Blu!!

He has one slightly cloudy eye, because he had an infection in the past, which is now completely healed. The vet is saying that the cloudy eye might also go away in time.
One thing is guaranteed, you will never be lonely again. Blu is the best cuddle companion you can ever imagine😽
If you think Blu could be your new roommate, then please fill out an adoption application (found in the ‘About’ section of our Facebook page) and send us a DM for more information! 🐾😻

Happy Tails to Blu who found his forever home with Tom 💕
From the day Blu arrived here we knew he was a special kitty. You just had to look at him and he purred. If you touched him he sounded like a train 😻 A few days after arrival Blu got sick, running nose, drooling and he stopped eating. A snap test revealed he was FeLV positive and we thought this was the root of his problem. Because of this test, Blu had to be kept in quarantine away from the other cats and for ten days he was taken back and forward to the vets to receive treatment, IV, antibiotics and there were times we didn’t think he would pull through. Actually at one time we thought it was better to end his suffering and let him go peacefully. Our vets refused. And looking back now, we are grateful they did.
Days, weeks went by and Blu recovered from what ailed him. Blood had been sent to the laboratory to confirm FeLV and imagine our surprise when it came back negative 😱 We didn’t believe it so another sample was sent to the laboratory. Negative again!
Blu had spent many weeks alone in quarantine and once he was healthy and we knew he didn’t have FeLV, he was returned to the other cats. It wasn’t an easy introduction, the two boys in the room didn’t accept Blu, and whilst they were not aggressive to him, they gave him reason to hide away. Poor Blu 😢
We put out a call for someone to adopt Blu and Jaq knew in her heart that Blu needed healing and wanted a human that needed healing too. Unfortunately because of Blu’s colour and breed we received over 40 applications for him! One application was perfect and along came Tom. Tom had recently lost his kitty buddy of many years. His kitty had health issues and he was just the person that Jaq was looking for to give Blu the home he needed.
Tom and Blu are inseparable and healing each other. Have a wonderful life together guys. You were made to be together 💞 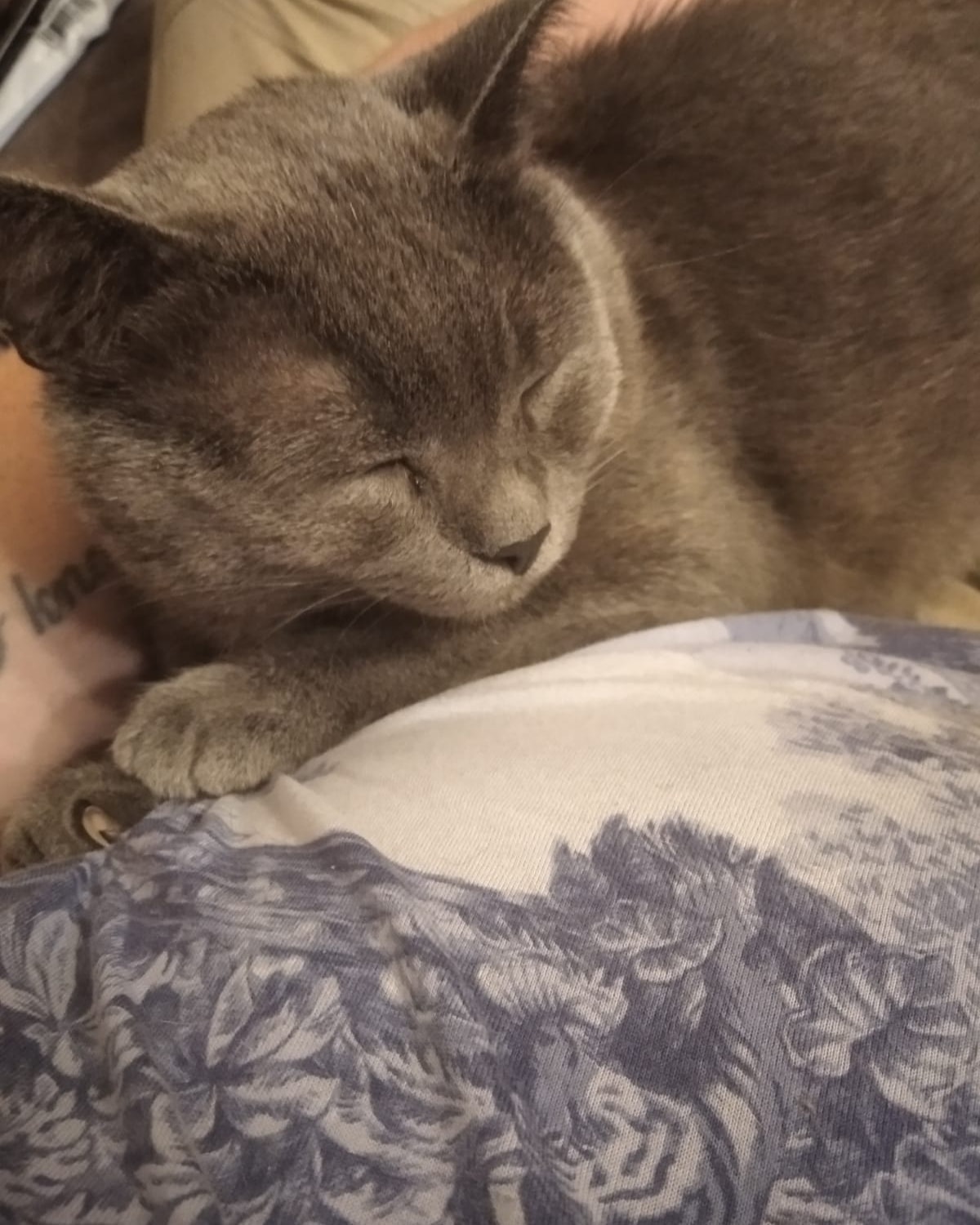